Ok.  I want all of these along with $100.00 loaded on my Starbucks app to really get this Fall Season started.
Posted by Lisa Coffman at 7:15 AM No comments:

This whole notion of patriotism by submission is incredibly disturbing to me.  We are living in a time where people are quick to focus on symbolism instead of depth.  So many people are furious at San Francisco 49ers quarterback Colin Kaepernick because he is choosing to not stand for the National Anthem as a protest against police brutality and the oppression of people of color.  People are accusing him of being anti-American or anti-veteran.  As if, singing the National Anthem is a prerequisite for being American or supporting veterans.  Other folk say if he doesn't like this country he should leave it and find another one.  What sense does that make? Since when did loving something or someone and calling for it to be better and trying to make it better - a bad thing.

These people who equate patriotism with blind submission are not only disturbing but scary.  They may be cut from the same people who sat by silently when the Japanese were interned or when America turned Jewish immigrants away (who were later killed in concentration camps) or folks who sat by for years silently accepting Jim Crow laws.  In today's times, people claim to be pro-veteran because they salute a flag or sing a song, but they do nothing to make life better for homeless veterans, do nothing to speak out against military sexual assault or hold our elected officials accountable before they decide to place our men and women in the military in theater in harm's way.  There are 525,600 minutes in our year, how many of those minutes are you spent in service to your country, to your fellow Americans.  How many of those minutes do you spend demonstrating your patriotism? If the only time you are showing your love for a country is the three minutes once a week during the playing of the National Anthem at a sports event - then you have no room to question the patriotism of Colin Kaepernick or anyone else.

Posted by Lisa Coffman at 10:23 AM No comments:

Membership Does NOT Have Its Privileges

Sometimes it is NOT a good thing to be a member of an organization.  Particularly if an organization that you love has a contigent that wants to limit membership instead of expanding it.

Been thinking about that a lot in terms of the Church.  I love the church, but her members get on my nerves sometimes.  What with their bigotry and sexism and classism and just ickyness.  Worried about stuff other than serving and loving and learning and forgiving.  UGH.

Also been thinking about that in terms of Public Radio.  I love NPR.  I'm a public radio fan and supporter.  I was a financial supporter of my beloved WFYI in Indianapolis and now am a monthly supporter of my new local station, WAMU of DC as well as the magical WBGO of Newark.   To me there is nothing fancy or exclusive about public radio.  It's free, it's accessible and on any given day you can hear stories about everything from the Wu Tang Clan to ways in which people utilize bitcoins around the globe.

Some months ago I participated in a focus group of NPR users.  We were asked our opinions on their story selections, presenters and the insertion of advertising and sponsorship.  Most of the people were like me consumers of public radio, appreciative of its' programming but we didn't necessarily feel our consumption of it said anything special about ourselves.  But, there were a couple of people who continued to speak in language that affirmed their view that as consumers of public radio we were more or better or something than the general public.

This being the DMV, there are always douche bags in any situation like that.  People here are accomplished (although I don't necessarily think they are more accomplished than folk any place else I've lived, but you can't tell them that) and work in all kind of cool fields and professions.  It's the nature of the beast, I guess.  A couple of these people were insistent that because we chose to listen to NPR we were exclusive, chosen, the shit.  Me and a couple of the twenty somethings in the group kept challenging them.  At one point, I even said, it's just radio.  Sometimes I listen to All Things Considered when I'm washing dishes, sometimes I listen to Mary J. Blige - I'm still me in both the listenings.  Miss me, with your exclusion, your membership.  Instead of keeping this great secret to yourself and disparging people who choose not to listen or don't know to listen - how about sharing it?  That way more people can be exclusive, the chosen, the shit, right?

Posted by Lisa Coffman at 9:29 AM No comments:

Sigh for the Side Eye 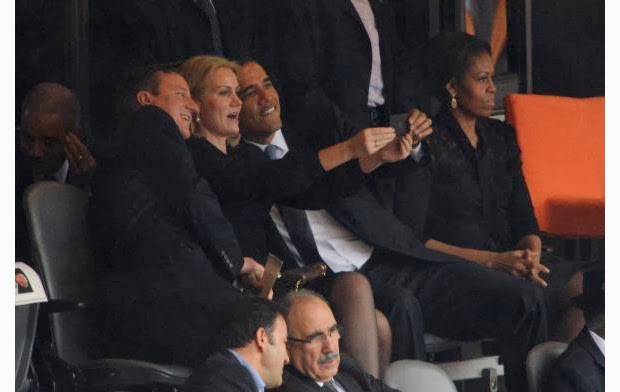 Posted by Lisa Coffman at 12:07 PM No comments:

My Nike Women's Half Marathon Experience 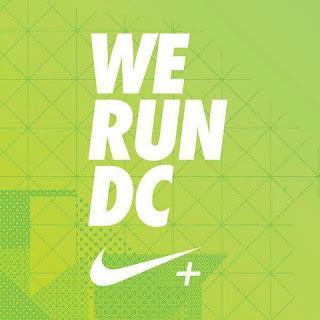 Posted by Lisa Coffman at 9:59 AM No comments:

Posted by Lisa Coffman at 10:50 AM No comments:

Lisa Coffman
I love reading, music, food, travel, experiences and life. Being a wife and the mother of teenager gives me great joy. Jesus, prayer and yoga gives me great strength.